It’s time to deviate from your regularly scheduled programming of bowl previews to talk a little bit about one of the most intriguing bowls on the slate this year, the Outback Bowl. We shot some questions to Jim of A Beautiful Day for Football to get the pulse of the Michigan State Spartans going into this game. Make sure you check out their site as Jim and Ty (from The Lions of Winter) do a solid job covering Sparty. Jim hasn’t seen a lot of Georgia this year but he did sit down and watch a bit of the Georgia/Florida game from earlier this year and had some interesting observations. You can follow Jim on Twitter @SpartanBDF but make sure you play nice, Dawg fans! Now onto the Q&A…

CFBZ: The recent bowl history for the Spartans is rough. Since beating Fresno State in 2001, they’ve dropped five straight. Is this something to be concerned about or does it serve as more of a motivator for this team?

SpartanBDF:  Hm…. I’m actually not sure it’s either. I am of the thread that Mark Dantonio has overachieved greatly in his first five years at MSU. The 2008 squad that played Georgia in the 2009 Citrus Bowl finished 9-3 in the regular season and I am convinced was among the weakest 9-3 teams that year and then went on to play the first pick in the draft. In 2007, the Spartans unexpectedly went 7-5 and then had to play Matt Ryan in the Champs Sports Bowl. In 2009, when MSU finished 6-6 and snuck into the Alamo Bowl, they spent the first five games of the season flipping back and forth between Nichol and Cousins at QB and that directly cost them at least one game and possibly another. So while they didn’t overachieve that year, then Glenn Winston lead the Fight Part Two and got pretty much our whole WR corps suspended for the bowl game. MSU still managed to keep it close with TTU. In 2010, they were beneficiaries of a schedule that had them play their first seven games in Michigan.

Long story short, this is the first year I think MSU’s record truly represents the team and they haven’t overachieved. If UGA runs MSU out of the stadium, I think it will become more of a motivator. The only real curse hanging on MSU under Dantonio is that they’ve never beaten Nebraska, but given this was Nebraska’s first year in the Big Ten, I’m not sure that really worries me.

CFBZ: Michigan State seems like a completely different team at home then they have been on the road this year. They’ve scored 16 less points per game and given up 6 more. What have been some of the issues on the road that have affected this team?

SpartanBDF: This was definitely true towards the beginning of the year, as the year progressed they looked better on the road. Although neither Iowa or Northwestern were quite up to par this year, MSU dispatched them handily. Then in the Big Ten Title game, MSU outplayed Wisconsin in every single stat except the one that mattered. Points on the board.

It took MSU a LONG time to find their run game this year. Le’Veon Bell emerged throughout the year as the feature tailback, but to do so he had to jump two much more highly rated recruits who came in the year before him. MSU runs a lot more playaction than what I have seen from Georgia so far, but if the run isn’t a real threat that takes away playaction, which is part of how Cousins makes his hay. Defensively MSU starts giving up points in our losses because the OC, Roushar, starts reaching when he’s playing from behind and that puts Cousins in a bad position. So then the opposing offense starts getting short fields off turnovers in addition to the fact that our Offense starts hanging the D out to dry. If MSU can run early and keep the down and distance manageable for Cousins, those road woes will remain a thing of the past.

CFBZ: Looking at this game, where do you think Michigan State matches up most favorably?

SpartanBDF: I’d say Cousins vs. the Georgia pass D. In watching the first half of the FLA-UGA game, UGA’s D seems content to give up a five yard pass to the middle of the field. Cousins can hit that throw every single time. He hits it on 1st and 10, 2nd and 4, he even makes that throw on 3rd and 14. That’s his favorite throw.

The other thing and I talked about this in the FLA-UGA film review. I remember helping Ty chart Stafford in the 2009 Citrus Bowl and then in this game as well. UGA doesn’t throw very often out of anything other than the Shotgun. MSU’s D-Coordinator, Narduzzi will certainly pick up on this if lowly old me did. Maybe it just happens to be 3 halves of a game where this is a weird trend I’ve noticed and it doesn’t actually extrapolate. But if that’s how the playbook rolls, I think that will certainly play into MSU’s hands.

CFBZ: What concerns you most about playing Georgia?

SpartanBDF: MSU hasn’t played anyone like Kwame Geathers this year with a complimentary LB like Jarvis Jones. The interior of MSU’s OL has looked squishy at times and neither of the Offensive Tackles played OL for Michigan State last year. If Geathers can command a double team on every down that will consistently leave our tackles in 1:1 coverage on Jones, which is going to cause them problems. If a unit on MSU will falter because of poor play it’ll be the Offensive Line.

CFBZ: Everybody knows Kirk Cousins, Le’Veon Bell, Edwin Baker, B.J. Cunningham and Keshawn Martin. Who are some other guys that need to step up and have big games if Michigan State wants to win this game?

SpartanBDF: The MSU Defensive line needs to have a great game so that MSU can apply pressure without having to blitz an additional 2-3 guys. Jerel Worthy who is our best DT needs to have one of his best games against UGA. Will Gholston, our 6’7 and 280 pound DE will need to have a great game as well. Worthy and Gholston are responsible for collapsing the O-Line with maybe an additional blitzer. MSU’s corners are good but not special, if UGA can get time to throw, they’ll do damage through the air.

CFBZ: What percentage of your weekly salary would you bet on Michigan State winning this game?

SpartanBDF: Woof. I honestly see this one as a toss-up. So 50 percent?

SpartanBDF: they can establish the run early and allow Cousins time to make his 5-7 yard throws to our quick receivers. Cousins isn’t a dink and dunk QB, but he can do that if you need him to. MSU’s whole game relies on the ability to chew up clock on offense. As a second point, MSU runs plenty o’trickeration in their big games, they have to execute these successfully. They have done a great job so far this season, but with all trickeration plays, when they go wrong, they really go wrong.

Make sure you check back here for our Outback Bowl preview this weekend and also check out Jim’s site as I will be doing a Q&A with his site that will be up later this week. 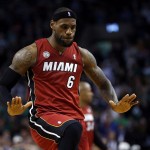 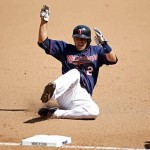 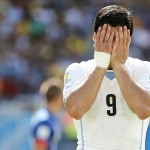 You can now get your Luis Suarez bottle openers! 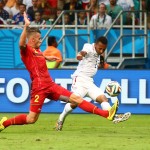 Looking ahead to the 2018 World Cup: Who’s in, Who’s out for United States

DirecTV to create a fantasy channel for NFL Sunday Ticket

Who’s Going to Make the College Football Playoff in 2014? 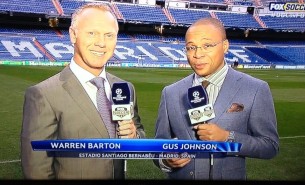 The League Isn’t Adapting To The Spurs