Several years ago we did a Georgia Bulldogs roundtable and with spring practice coming to a close I thought it would be interesting to gather up some of the loyal Georgia bloggers/writers/reporters (or whatever we are calling ourselves now) and take a look at some of the most important questions facing the Georgia Bulldogs as we head into the 2015 season. Today, I will post the first question and the answers from the group and over the course of the next several days I will post the rest of the roundtable discussion…

Senator Blutarsky- Get The Picture

Question #1: If the season started today, which of our quarterbacks would you want under center?

I’d want Faton Bauta. I think Ramsey has the better arm, but Bauta has the better mindset. Players have said numerous times dating back a couple of years that he’s one of the hardest workers on the team. That’s exactly what I’d like to have in a starting quarterback. Plus, he’d add a dimension to the backfield with the run-option that could be very difficult on opposing defense with the likes of Chubb and Co. Do we need to stretch the field? Yes, and Ramsey can stretch the field better than Bauta. No question. But we also need someone cool under pressure and limited in the careless mistakes he makes with the football. From what I saw, read, and heard this spring, that’s Faton Bauta.

All that being said, I’d be surprised if Ramsey isn’t the starter against Louisiana-Monroe. I just hope it’s because he’s earned it and not just bided time until it was handed to him.

This QB race has produced more heated debate on our threads than any topic in quiet a while. A far as I can see the distance between first and third is very small, but if I had to pick one of the three right now as the winner this summer – it would be Bauta.

Richt and Schottenheimer kept the quarterbacks sheltered during spring practice. During media sessions we only saw basic drills and the quarterbacks answered questions twice (as I remember). My opinion on who should start is based almost entirely on what players said about the quarterbacks during their media sessions. The one thing that sticks out to me is that, without exception, when asked about leadership, work habits and knowledge of the offense, the QB identified was Faton Bauta.

Leadership will go a long way toward making up for any for any athletic deficiencies that Bauta might have relative to the other candidates.

Geez, the $64000 question right off the bat. The problem with the answer is that there isn’t enough data to go on yet. In the abstract, I’d like to see Georgia’s offense resurrect the deep passing game. I think Ramsey and Park have better arms than Bauta in that regard. And right now I’d lean towards the former because he’s been in the system longer. But I reserve the right to change my mind when preseason practice starts.

That is tough. I like the arm of Ramsey, whom I’ve followed and done articles on since he was at Camden County. Bauta offers some ability to do things with his running ability that we haven’t seen since DJ Shockley’s year at QB. Unless Georgia completely changes their philosophy, which would be really difficult to see consider our RBs, I’d say Ramsey, because from what I’ve seen he is best equipped to run the offense Richt likes.

A couple of other things, I think part of the open QB competition is to see which of the three are best adapting to the wrinkles Schottenheimer is installing. The other part of that is what you are getting at in your second question: who works best with the new crop of receivers. Schotty will rely on the QB to make decisions at the line far more than Bobo did (I’ve been on plenty of rants about Bobo’s hurry up and wait offenses), if for no other reason than that is what he’s coached in the pros. Those decisions are personnel reliant and match up dependent. If Bauta has that much better relationship with whomever ends up at Y and Z, I think he gets the nod.

However, I don’t think he’ll do so, which is another reason I think it’ll be Ramsey in the fall. It also wouldn’t surprise me to see Jacob Park run out there in a potential wildcat look a time or two and make an opposing coach blow a TO or suffer the consequences.

Chicks dig the long ball and that’s why you go with Ramsey. Seriously though, last year the offense was missing something. While he struggled at times, Hutson Mason overall did a really good job but he didn’t give Georgia the ability to stretch the field and that’s what Georgia has to have in this offense if we want to win the big one.

If Faton Bauta ends up as the starter then I have no problem with that as I think he will be a fine quarterback and, as previously mentioned, he could add an additional wrinkle to the offense.

But, for my money, I would like to see Ramsey get the start and the opportunity to get his feet wet and see what he can do as the “man”. I would also like to see Bauta get some action with specific packages early in the year so that if Ramsey struggles (and there will be a game or games when this happens), Bauta can be called upon to help us out (think Joe Cox relieving Matthew Stafford against Colorado). Give Ramsey the rock and let’s see what damage we can do. 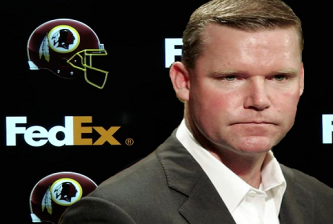 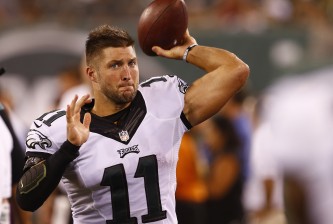 Tim Tebow is Not Worried about Being CutThe Sports Daily 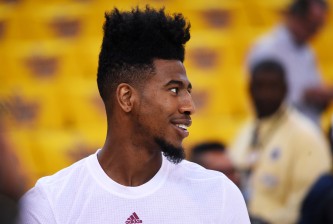 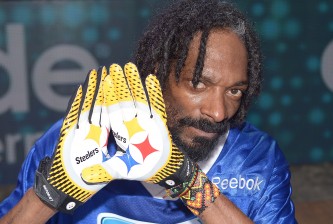 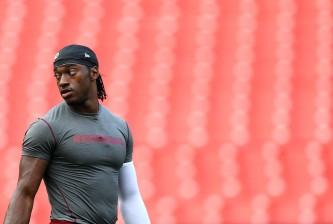 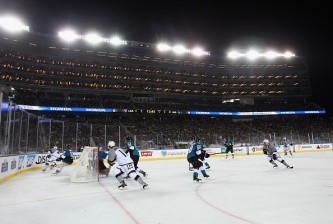 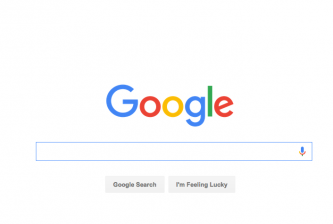